How to Transport a Car across the Country

So, you need to relocate interstate?

For many though, moving home means moving cars as well.

Whether you’re moving from a small country town or one of the capital cities, chances are you’ll be thinking about how to transport your car across the country.

What options are available for transporting a car across the country?

When we talk about moving a car “across the country” we are really talking about transporting it long distances. Most likely interstate.

The type of transport that is likely to take a day or more if you were to drive yourself.

Driving Long Distances in Your Car

Sure, you could drive. It could be fun!

Chances are you’re reading this because you’re wondering if it’s really worth the hassle – especially with everything else that going on with your relocation overall.

If you’ve never driven 700km or more, you’ll be in for a surprise because 8+ hours in a car is not necessarily fun; especially if your travelling with hyperactive children.

Brisbane to Perth on the other hand is almost 4,500km so you’ll want to factor in about 39 hours of actual driving – not including rest time.

Driving across the country does not make much sense when you could use this time to do a lot more.

Using a Removalist to Move your Car across the Country

You’ll probably be dealing with an interstate removals company to move your home and they may be able to provide a complete package that includes moving cars as well.

Many removals companies have relationships with various car transporters and have access to preferred pricing and can be as low as 25% off the retail price that you might pay if you went direct.

So while it can seem great to have one company handle everything for you in a single transaction, here’s a tip…

Know that they’re probably also adding a margin on top and the discounted rate given to removalists means there is some margin to play with.

And when it comes service and support, your customer dealings will likely be with the car transport company anyway and not the removals company.

If you’re dealing with a removalist, ask who they’re going to use for their car transport and compare the pricing they give you with the car transport quotes you can get direct.

You may find that you actually get a better price, and with the same level of customer service, by going direct.

Using a Vehicle Transport Company to Transport Your Car across Country

According to IBISWorld, Road Freight Transport and Logistics in Australia is big business and likely to get bigger.

There’s a reason for this and it’s because of the vast distances that need to be covered in transporting goods across the country, along with large distances is the cost of fuel, inconvenience and of course…time.

Your Time is Valuable.

In fact, based on relocating from Perth to Brisbane, as an example, consider what your time is worth compared to the quoted price from a car transport company.

If you’re earning anything above $25 per hour (before tax), then using a vehicle transport company to transport your car across the country, would likely be cheaper than driving it yourself. 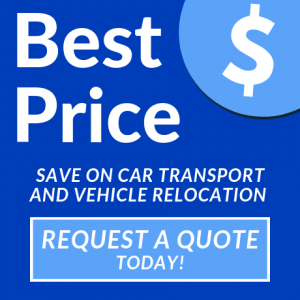